According to Sprint's community forum administrator "dshoem01", it appears that the OTA has been causing the popular Epic 4G device to experience data connectivity issues, as well as accessing SD card issue. Many people have reported that they aren't able to access their micro-SD card media content post update, whereas previously they were able to access their content with no issues. Still waiting for that OTA update for your Sprint branded Samsung Epic 4G Galaxy S phone?
Then wait no more. Samsung has made the Froyo aka Android 2.2 update available to the public here.

Some of the features to expect after the update are: Motorola posted a reminder on twitter today that the Atrix 4G will be launching tomorrow in the USA on AT&T.

This is one of the high end smartphones being released this year with a dual core CPU, plus the ability to plug into a laptop dock that will boot a web browsing focused OS on to the laptop dock. 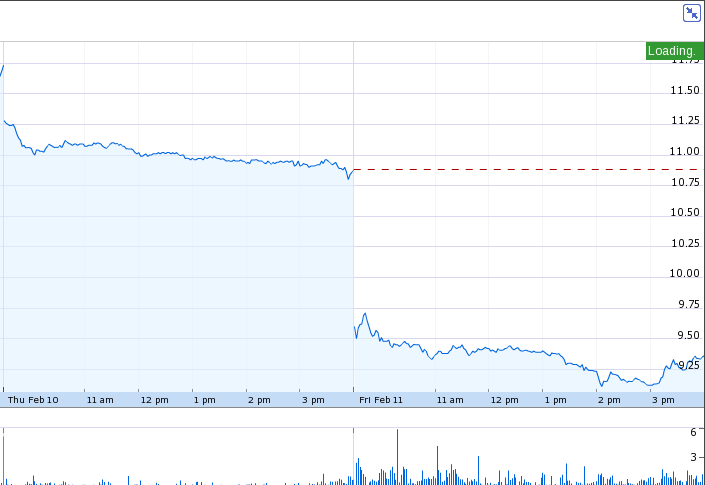 After news of the Nokia and Microsoft joint venture this morning, it seems as if a revolt has started to take place.
There are reports of about a thousand Nokia employees walking out on the job as stocks fell dramatically by almost 14% as of closing today.

Stephen Elop today announced the long rumored partnership with Microsoft.
They plan on devices at some point in the future to be running Window Phone OS while retaining some Symbian and some Nokia properties (such as Ovi Maps) along side their Microsoft based portfolio.
You can see the press release with ful details here:

Nokia has released an update for their Social Application for their new Symbian ^3 devices such as the N8,C7 and C6-01.
The new update brings along the following changes: The much awaited Froyo update for the Samsung Galaxy S variant for T-Mobile, the Vibrant is now out and official.
Unfortunately you can not get this update OTA (over the air). You will have to connect the Vibrant to a device using Samsung Kies software.
Word of caution, if you are still using build T959UVJFD (aka JFD) you should upgrade to a newer build such as T959UVJI6 (JI6) before going to Froyo (KA6). There is a known issue with upgrading from JFD to KA6 directly.

Reading most tech news from the USA(where I am located), one can easily forget that the largest smartphone platform in the world is not Apple, Android, or even Blackberry.
The largest deployed smartphone platform is Symbian, and the majority of that is Nokia's variant.
A reminder of this is a report that was published that shows that about 65.2% of mobile user's in China download their apps through Ovi.
Compare this to the three USA dominant platforms, and it puts things into perspective: Android = 13.7%, iPhone AppStore = 9.4%, Blackberry AppWorld = 3%.
What was surprising was that the Windows Marketplace was higher that iPhone Appstore and just the Android Marketplace with just 11.1%.
The source of this news can be viewed here: Ovi Store leads in China

Looks like Verizon is pushing Android 2.2 aka Froyo to its LG Ally.
This is good news seeing as many customers are beginning to worry whether their carrier branded Android phones will see future updates (see Galaxy S series for example).